Intervention description: The B-OK bottle is a simple visual aid that incorporates behavioral economic principles to quickly and effectively communicate complex HIV concepts, including the relationship between ART adherence and viral suppression. The B-OK counseling toolkit comprises three small bottles filled with a mix of red and black beads in different ratios that serve as an analogy for HIV in the human body. Black beads denote healthy cells and red beads denote HIV-infected cells. One bottle has black beads with one red bead, another bottle has a mix of black beads and red beads, and the third bottle has mostly red beads with just a few black beads. The mixed bottle represents the body at HIV diagnosis: even though the PLHIV might feel fine and conclude that no immediate treatment is needed, the red beads indicate that HIV is multiplying and can be transmitted. The bottle with mostly red beads indicates the consequences of delaying or stopping treatment, with HIV taking over the body. In contrast, the bottle with the single red bead shows that taking ART daily can all but eliminate HIV, making the amount of HIV in the body so small that it cannot be detected or transmitted.

We will leverage the BE principle of mental models.

Evaluation description: A mixed-methods approach, including  pre- and post-intervention surveys will be conducted before and after counseling with the B-OK bottles. We will also observe and record how participants interact with the B-OK bottles during the counseling session. A semi-structured in-depth interview will be administered to a subset of participants to further elicit their response to the bottles.

Study site: The study will be conducted at three purposively selected facilities in the iLembe district, KZN province.

Target population: Adults living with HIV who are newly diagnosed or re-engaging in ART. 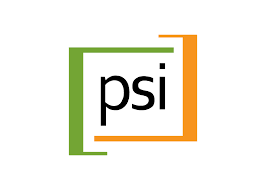